Kelsy Yeargain is the Executive Director of the Tulane/ Canal Neighborhood Development Corporation (T/CNDC). Kelsy joined the T/CNDC team in 2015 and has overseen the growth and professionalization of the organization. In addition to her work as Executive Director, Kelsy is also active in advocacy work in New Orleans. She is the co-chair of the Greater New Orleans Housing Alliance Policy committee, a founding member of the Put Housing First campaign, and a board member of the City of New Orleans Economic Advisory Committee. Additionally, Kelsy is an adjunct professor in the Sociology Department of Tulane University.

Kelsy graduated from the American University of Cairo with a Masters (M.A.) in Refugee and Migration Studies along with a Graduate Diploma in Gendered Political Economy. Her B.A. degree is  from the University of North Texas in Sociology with minors in Women’s Studies and Economics. She also completed one year of a doctoral program in Political Geography at the University of Kentucky. In 2018, she graduated with the inaugural class of  UNO’s Community Development Finance Certificate Course. For the past ten years, Kelsy has worked on issues of displacement and housing, from natural disasters to forced migrations to the continuing need for affordable housing. She has lived and worked in Montana, Kentucky, Budapest, India, Dominican Republic, Guatemala, Cairo, and Haiti. 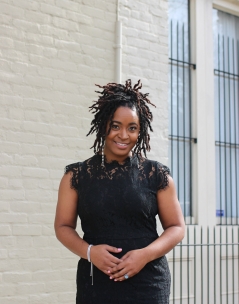 Deneka is  a first generation Haitian American native of New Orleans, LA. She graduated from Tulane University with a Bachelor of Arts Degree in Public Relations and a minor concentration in Accounting and Finance. She began her  real estate career, utilizing marketing and accounting skills to build a solid client base and connected them to a team of licensed contractors and loan officers to secure residential purchases. After witnessing the lack of affordable housing in New Orleans, She co-founded Reclaiming NOLA, a nonprofit advocacy organization dedicated to enhancing the quality of life in New Orleans focusing on community development and housing through inclusion. She joined Tulane Canal Neighborhood Development Corporation in August 2019 as the Client Services Coordinator. She utilizes her passion to connect homebuyers with affordable housing by insuring that our clients  achieve their goals of homeownership, financial stability, and housing security. She holds a specialization as a Historic Property Specialist with the Preservation Resource Center of New Orleans and she is a member of the National Association of Realtors, New Orleans Metropolitan Association of Realtors, NOMAR’s Young Professional Networking Housing Opportunity Committee, and the Preservation Resource Center of New Orleans. 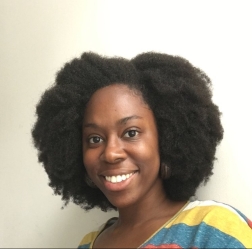 Nashawn Johnson is a native New Orleanian with a deep passion for community development and anti-poverty work. In her professional career, she has worked on a variety of issues related to these areas including workforce development, anti-hunger initiatives, and affordable housing.  In her lastest role at Greater New Orleans, Inc., she supports projects and initiatives that highlight high-wage, high-demand workforce opportunities in the regional economy. Prior to her work at Greater New Orleans, Inc., Nashawn served as an Emerson National Hunger Fellow with the Congressional Hunger Center. As an Emerson Fellow, Nashawn conducted a community assessment on senior food security in Los Angeles County with LA Kitchen and conducted analysis of presidential and congressional budget proposals and their impact on women and families with the National Women’s Law Center. Nashawn graduated from Columbia University where she studied urban studies and political science.

Katy moved to New Orleans to complete a year-long volunteer program 14 years ago and she never left! She is proud to call New Orleans home and to raise her four children in this city.  Katy and her husband feel privileged have had the opportunity to purchase their home from T/CNDC. Since becoming homeowners in the Tulane Canal neighborhood, they have become active participants in the many changes occurring in the neighborhood. Katy and her family frequently enjoy early evening walks on the Lafitte Greenway. This is just one of the many benefits of living in the Tulane Canal neighborhood that her family now enjoys. Katy demonstrates that she is serious and passionate about helping more families into homeownership through her leadership as Board President of T/CNDC. Her hope is that homeowners, renters, schools, and local business can continue work together to make the Tulane Canal neighborhood a desirable place where any New Orleanian can live.

Antonio moved to New Orleans in 2008, to attend Tulane University. Upon graduating, he began his 5 year career working with J.P. Morgan Private Bank. Antonio bought a home in the Tulane-Canal neighborhood in 2016 where he lives with his partner, Tom, and dog, Riley. Antonio is an active member of the Tulane-Canal Neighborhood Association, Young Leadership Council, and Association for Corporate Growth. He has experience with affordable housing through serving on Project Homecoming’s Finance Committee.

Sydney came to New Orleans with a desire to empower children to become leaders in their communities, as a Teach for America Corps member. For two years, she taught first and second grade at Phillis Wheatley Community School, which is located in the Treme neighborhood and shares the Lafitte Greenway with the Tulane Canal neighborhood. As a teacher, she planned many lessons and activities which drew upon  New Orleans’ legacy of civil rights and the strength of our communities. Additionally, Sydney sought development on anti-racist pedagogy and co-led staff professional development on racial identity and educational equity. From the classroom, Sydney observed how the lack of affordable housing impacts the lives of students and their families.

In the summer of 2017 Sydney received a fellowship from Leadership for Educational Equity to be a policy and advocacy fellow at the Greater New Orleans Fair Housing Action Center. Sydney was drawn to TCNDC for its track record of  personalized service to clients and the creative aspect of creating new opportunities for affordable development and  homeownership in Tulane Canal. She believes that homeownership is a vital component of solving our City’s current affordable housing crisis and securing long overdue equity for residents of the Tulane Canal neighborhood. Sydney graduated from the University of Virginia with a bachelors of arts in US Government and a dual Bachelor/Masters degree in Urban and Environmental Planning, focusing on Housing and Community Development. Sydney served as the TCNDC AmeriCorps member for one year and is now a fellow with the Greater New Orleans Housing Alliance.

Sarah Sievert brings a wealth of experience in non-profit administration and affordable housing to the TCNDC Board. With more than a decade of experience in the non-profit sector, Sarah has provided leadership in human resources, federal grant administration, fundraising, and project and financial management. Sarah has worked for both grassroots non-profits, as well as larger entities, including The National WWII Museum, where she is currently employed, SBP (formerly St Bernard Project), HandsOn New Orleans, and the University of Virginia. Sarah holds a BA from the University of Virginia and serves as a founding board member for the Science Teacher’s Equipment Lending Library (STELL), in addition to her work as Board Secretary for TCNDC.

Gilad Meron is an independent designer, researcher and writer focused on community development, civic engagement, and the emerging field of public interest design. He works with nonprofits, foundations and firms on research, strategy and design projects that support issues such as affordable housing, economic development and impact assessment. He the co-founder of a design collective and shared workspace in New Orleans called The Blue House and a Board Member for the Association for Community Design. Gilad earned his BS in Design and Environmental Analysis from Cornell University with a focus on Environmental, and is particularly interested in the intersection of economics, politics, design and visual communication.

Donate to T/CNDC with Paypal